FALLISM AS DECOLONIALITY: TOWARDS A DECOLONISED SCHOOL HISTORY CURRICULUM IN POST-COLONIAL-APARTHEID SOUTH AFRICA

The 2015/16 student protests in South Africa, dubbed #MustFall protests, signalled a historic moment in the country’s post-colonial-apartheid history in which student-worker collaborations called for the decolonising of the university and its Eurocentric curriculum and, by extension, basic education and its Eurocentric curriculum too. Since then, there have emerged two dominant narratives of decolonisation in South Africa. The first is what I call a nativist delinking approach that recentres decolonial and Africa-centeredness discourses, ontologies, and epistemologies relatively separate from Euro-north and American-centric ones. The second is a broader, inclusive approach to decolonisation, which this study adopts. However, both these dominant narratives fail to counter much of the knowledge blindness informed by a false dichotomy advanced by positivist absolutism and constructive relativism that defines the sociology of education, including many of the calls for decolonisation. Thus, through a decolonial conceptual framework and Karl Maton’s Epistemic-Pedagogic Device as a theoretical framework, fallism as decoloniality is adopted in this study to propose ways to transcend the Eurocentrism that characterises the current school history curriculum in South Africa, as well as the nativist and narrow provincialism of knowledge. Equally, an argument is made for the advancement of an inclusive decolonial project that is concerned with relations within knowledge and curriculum and their intrinsic structures. 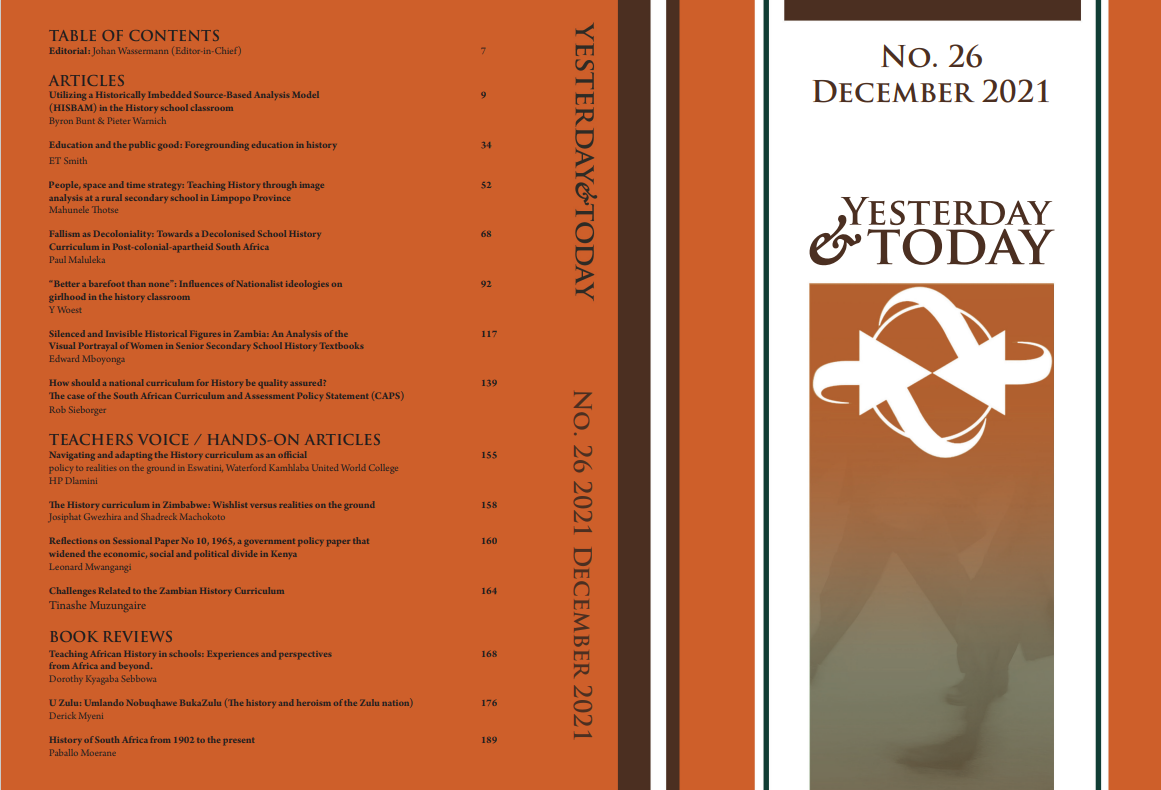 The Yesterday&Today is a scholarly, peer-reviewed and educationally focused History journal.

Opinions expressed or conclusions drawn in Yesterday&Today are in the first place those of the authors and should under no circumstances be considered the opinions of the South African Society for History Teaching or the Editorial Board.