According to the 2012 census, the Republic of Niger has a population of 17.1 million people made up of 49.7 per cent males and 50.3 per cent females. As of 2020 this population is estimated at 24 096 565 inhabitants. In terms of disability, the percentage of people with disabilities in Niger is 4.2 per cent of the population, that is 715 497 people. The Republic of Niger signed the United Nations Convention on the Rights of Persons with Disabilities (CRPD) in 2007 and ratified it the following year in 2008. At the national level, the Constitution of Niger frames disability. Article 22 prohibits any form of discrimination toward women and people with disability. In the same vein, both articles 26 and 100 provide for the protection of people with disabilities at various levels. In terms of legal framework on disability, the Republic of Niger enacted legislation, decrees and ordinances pertaining to the issue of disability in the country. On the one hand, the government has set up a number of bodies to deal with disabilities issues. These include among others a National Committee in charge of the monitoring and implementation of the United Nations Convention on the Rights of Persons with Disabilities (CRPD) [Comité National chargé du Suivi de la mise en œuvre de la Convention relative aux Droits des Personnes Handicapées (CDPH)] and a National Committee in charge of the promotion of people with disabilities [Comité National pour la Promotion des Personnes Handicapées (CNPPH)]. In addition to this, there exists in Niger a National Commission of Human Rights [Commission Nationale des Droits Humains (CNDH)], an Independent administrative authority provided for by article 44 of the Constitution of 25 November 2010. On the other, at the national level, there are a number of non-governmental organisations and unions that aim at promoting and protecting people with disabilities. Chief among these are the Nigerien Federation of People with Disability [Fédération Nigérienne de Personnes Handicapées (FNPH)] and the Nigerien Federation of Paralympic Sports [Fédération Nigérienne de Sport Paralympique (FENISPHA)]. Nonetheless, despite a comprehensive set of initiatives, measures and instruments promoting and protecting their rights, people with disabilities in Niger still face a number of challenges in terms of transport, employment, education, social insertion as well social stigmas and other barriers. 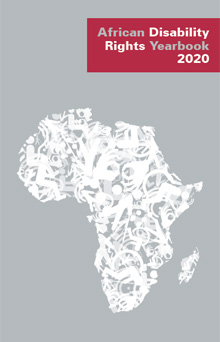