LEGAL CAPACITY OF PARTIES WITH INTELLECTUAL, PSYCHO-SOCIAL AND COMMUNICATION DISABILITIES IN TRADITIONAL COURTS IN KWAZULU-NATAL

According to the Committee on the Rights of Persons with Disabilities, article 12 of the Convention on the Rights of Persons with Disabilities specifies that all people everywhere have a right to equal recognition before the law and that there are no circumstances in which this right may be limited. However, General Comment 1 of the CRPD Committee indicates that globally persons with cognitive and psychosocial disabilities are frequently denied legal capacity. This article sets out to explore the current situation and legal imperatives regarding the legal capacity of persons with intellectual, psycho-social or communication disabilities in traditional courts in KwaZulu-Natal. Traditional courts operate in some rural areas of South Africa and are presided over by a chief and a traditional council. These traditional courts are the closest and cheapest dispute resolution forum in rural areas and utilise restorative justice principles. The legal test for mental and legal capacity in formal courts is not applied in traditional courts. This article reports on research conducted by an NGO in KwaZulu-Natal that found evidence of negative attitudes and a lack of knowledge regarding accessibility and reasonable accommodation among traditional leaders. In these courts, persons with disabilities are not accepted as equal before the law. In some proceedings in traditional courts, an adult with a disability (male or female) is treated as a minor and is required to be represented by a parent or a male member of the family without a disability. A short summary of pertinent aspects of the Traditional Courts Bill indicates the scope for improvement in relation to full participation and equality before the law. We submit that South Africa’s implementation of the relevant international and regional law obligations under the CRPD and the Protocol to the African Charter on Human and Peoples’ Rights on the Rights of Persons with Disabilities is found wanting, including a lack of appropriate training of traditional court personnel and a lack of awareness of the equal recognition of legal capacity among families supporting persons with disabilities. 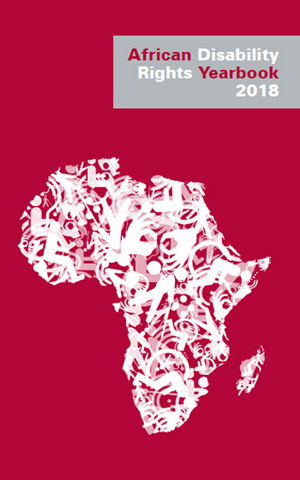