One of the remarkable consequences of the introduction of the Convention on the Rights of Persons with Disabilities (CRPD) is that it is already making its influence felt in most parts of the international human rights system.1 This is certainly true of the African region, where the impact of the Convention is already discernible even within its relatively short existence. This appears inter alia from the emergence of an increasingly in-depth scholarly analysis (reflected in Section A)2 and the progress towards domestic implementation level as documented in Section B. In this Section, developments in the African human rights system3 during the period 2011 to 2012 are outlined. H Combrinck first examines the African regional system generally, and then L Wakefield looks at the specialised treaty adopted in respect of children’s rights, namely the African Charter on the Rights and Welfare of the Child. The Section finally reports on the position in three sub-regional economic communities, namely the East Africa Community, Southern African Development Community and the Economic Community of West African States, with contributions by N Murungi, A Mandlate and B Armah respectively. The main aim of this Section is to give an update on recent events in the African region.4 However, in order to establish a ‘baseline’ for purposes of future editions, a brief contextualisation is provided in order to locate disability rights in the broader African rights regime. In each subsection outlined above, the authors therefore briefly track the development of ‘norm acceptance’ in respect of disability rights5 and also look at the institutional arrangements for norm enforcement. 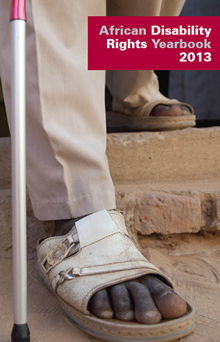