FALLING THROUGH THE GAPS OF THE REGISTRATION CONVENTION: A NEED FOR REVISION

In this paper, I address the areas of law that have been left unregulated by the Registration Convention, as well as the need to develop the treaty using the cornerstones of space law as a foundation for such development. My first enquiry relates to the definition of a space object and the implications of limiting the treaty’s scope to ‘objects launched into earth’s orbit or beyond’. Further, to what extent can this definition accommodate the registration of objects that are constructed in outer space? My second enquiry focuses on a lacuna that is largely unaddressed by space law in general and does not only lack in the Registration Convention. Currently, there is no system regulating the status of objects that are either wholly or partly constructed using lunar resources. It is questionable whether such a construction would pass the environmental threshold required by the due regard principle. However, should such a construction be deemed lawful it is uncertain to what extent a state may lawfully exercise jurisdiction over such an object without its authority being deemed an act of national appropriation. In this paper I will not attempt to creatively interpret available space law in order to accommodate missing regulations. Instead, I rely on the core of space law — represented by the Outer Space Treaty — to provide a contextual backdrop against which the above questions can be answered or highlighted as incomplete. 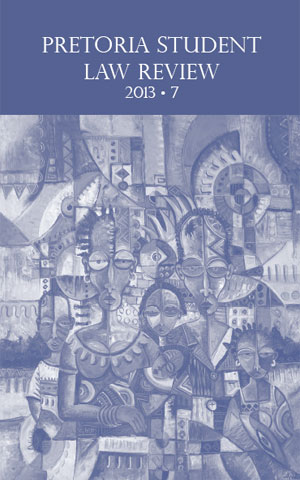